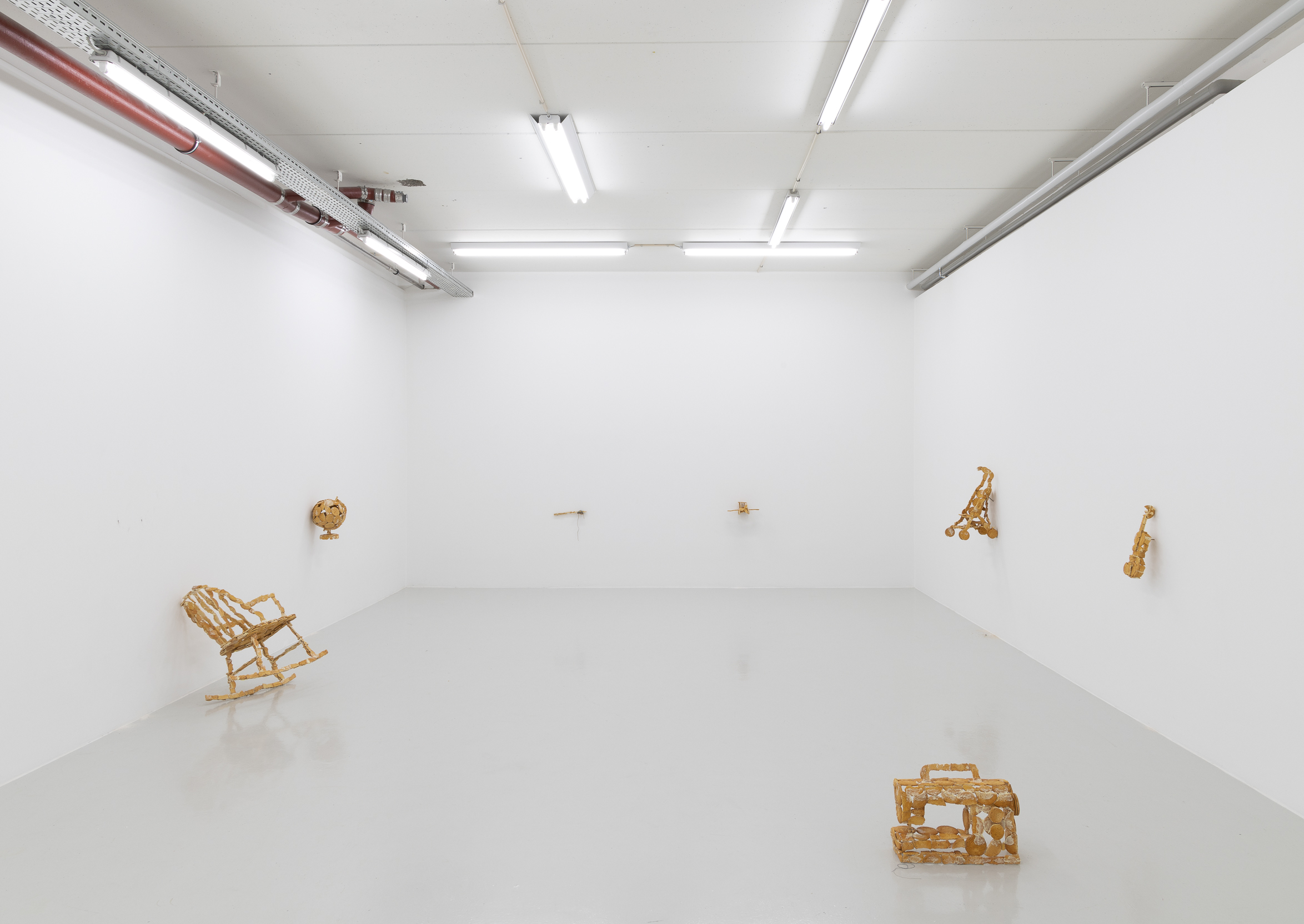 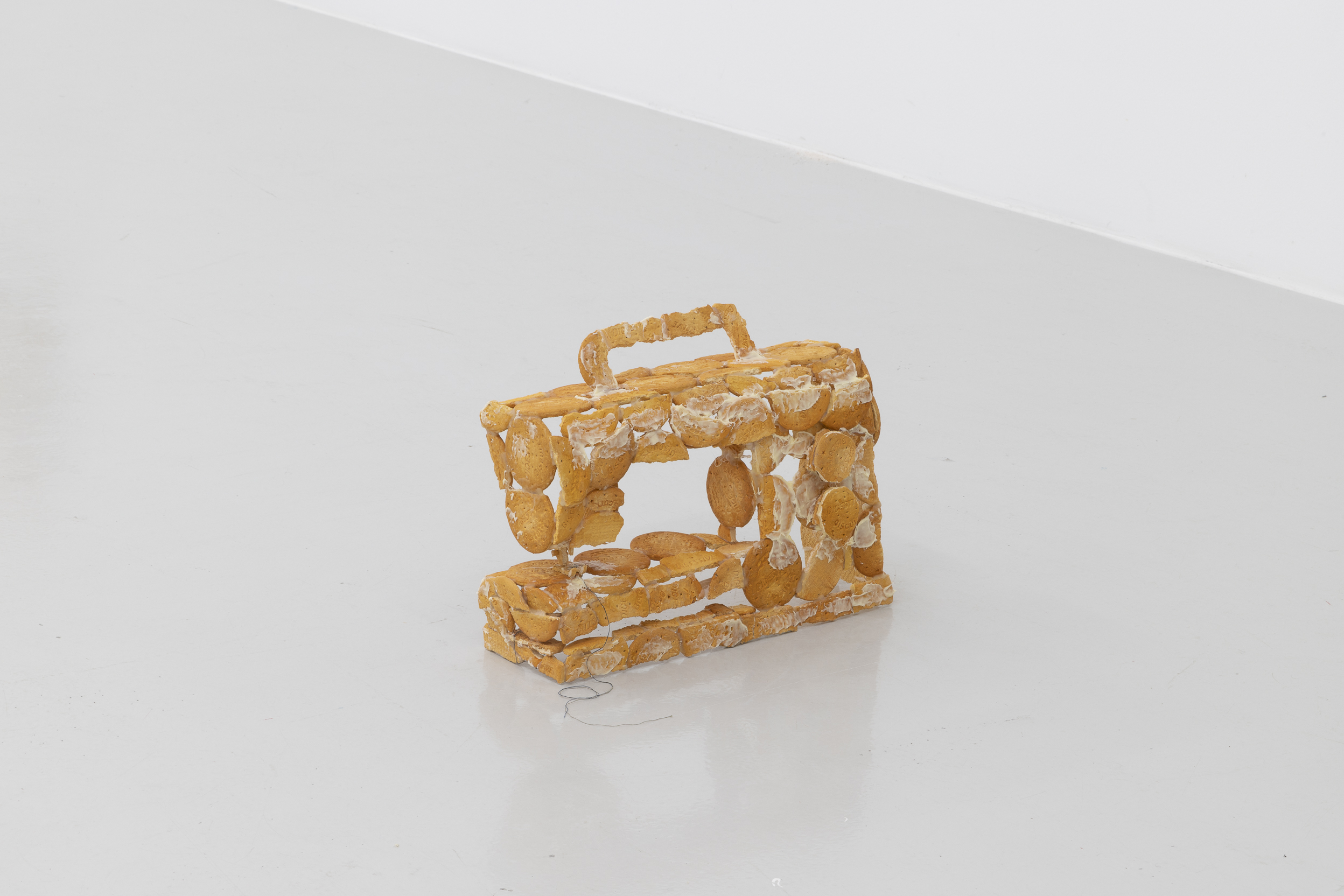 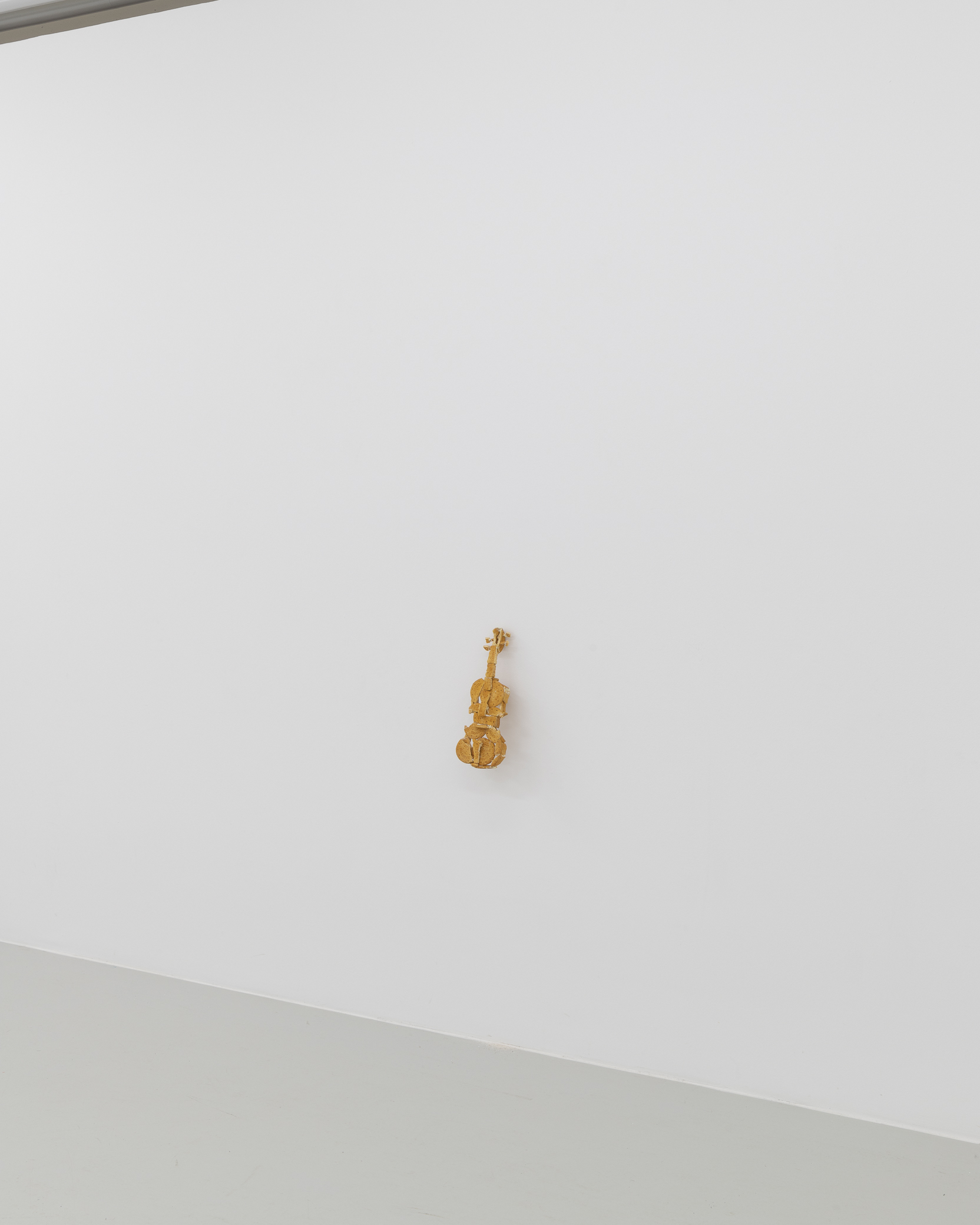 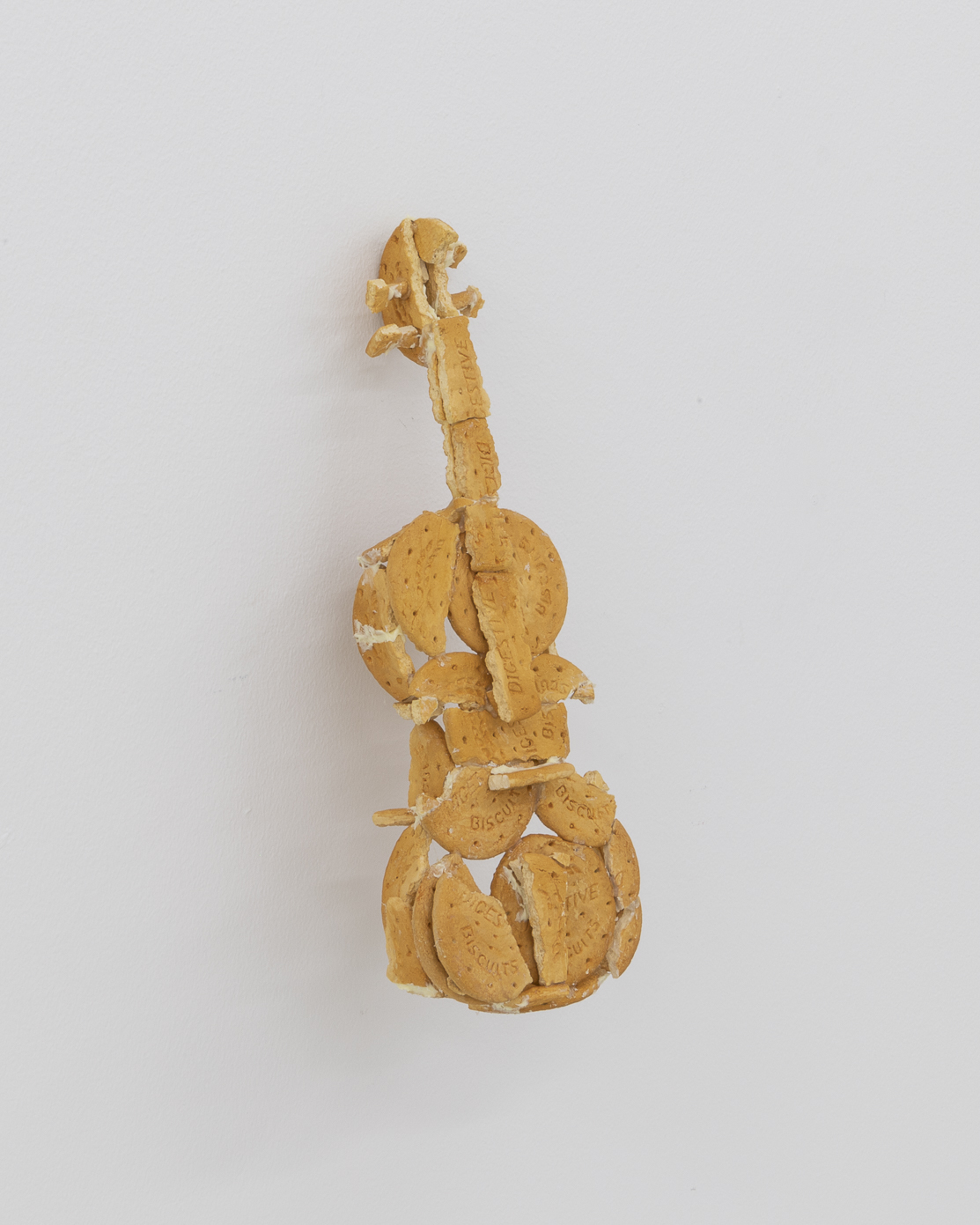 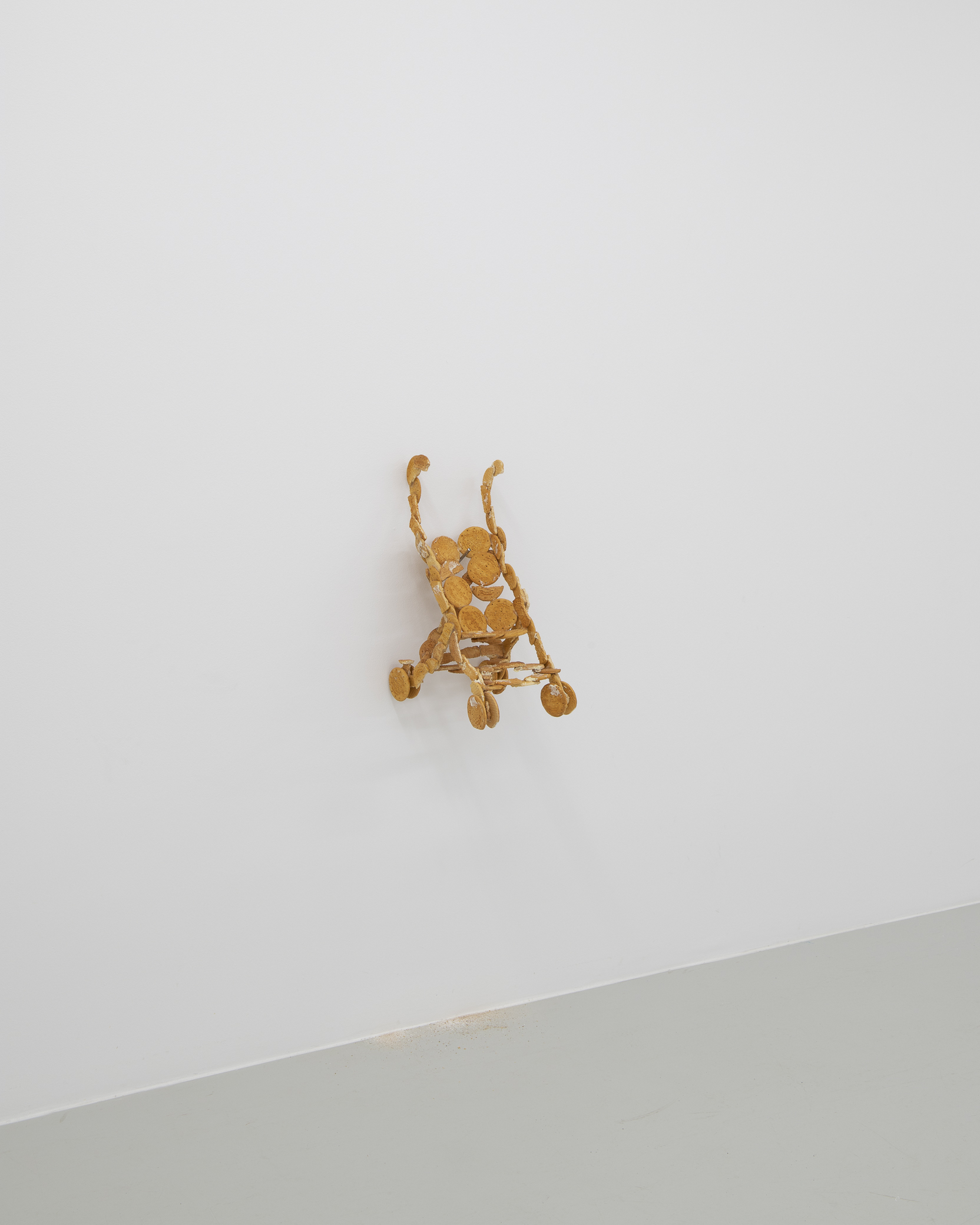 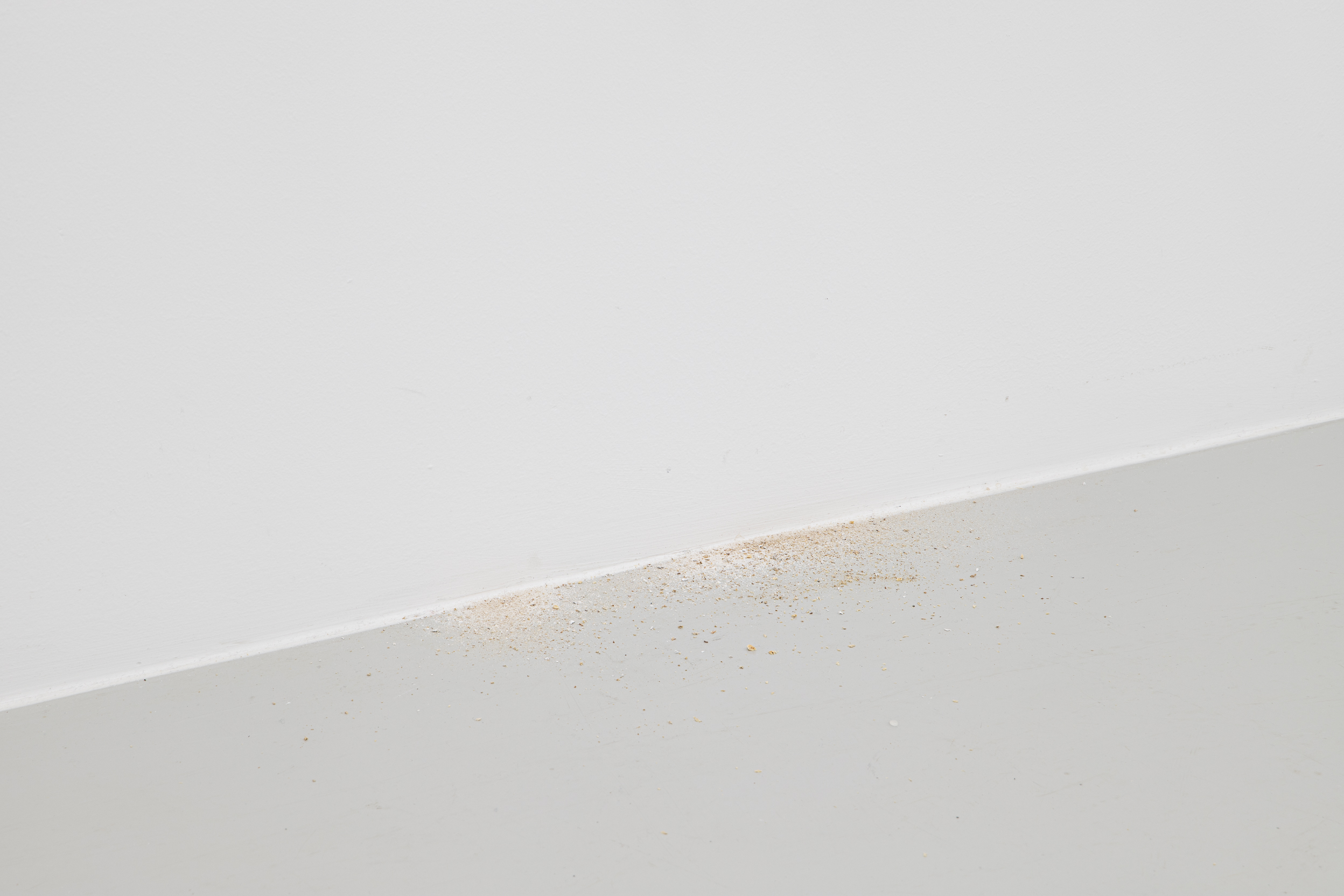 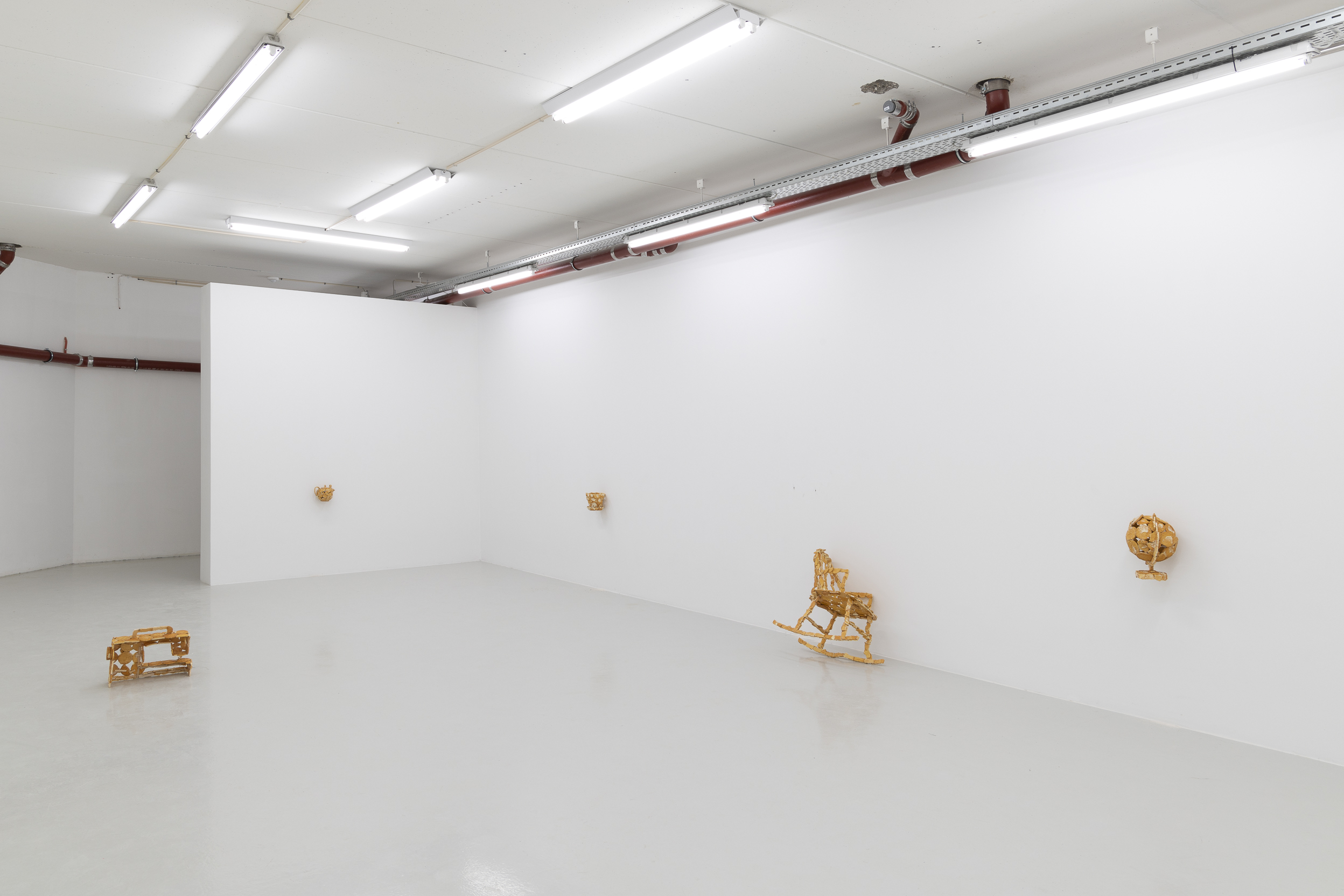 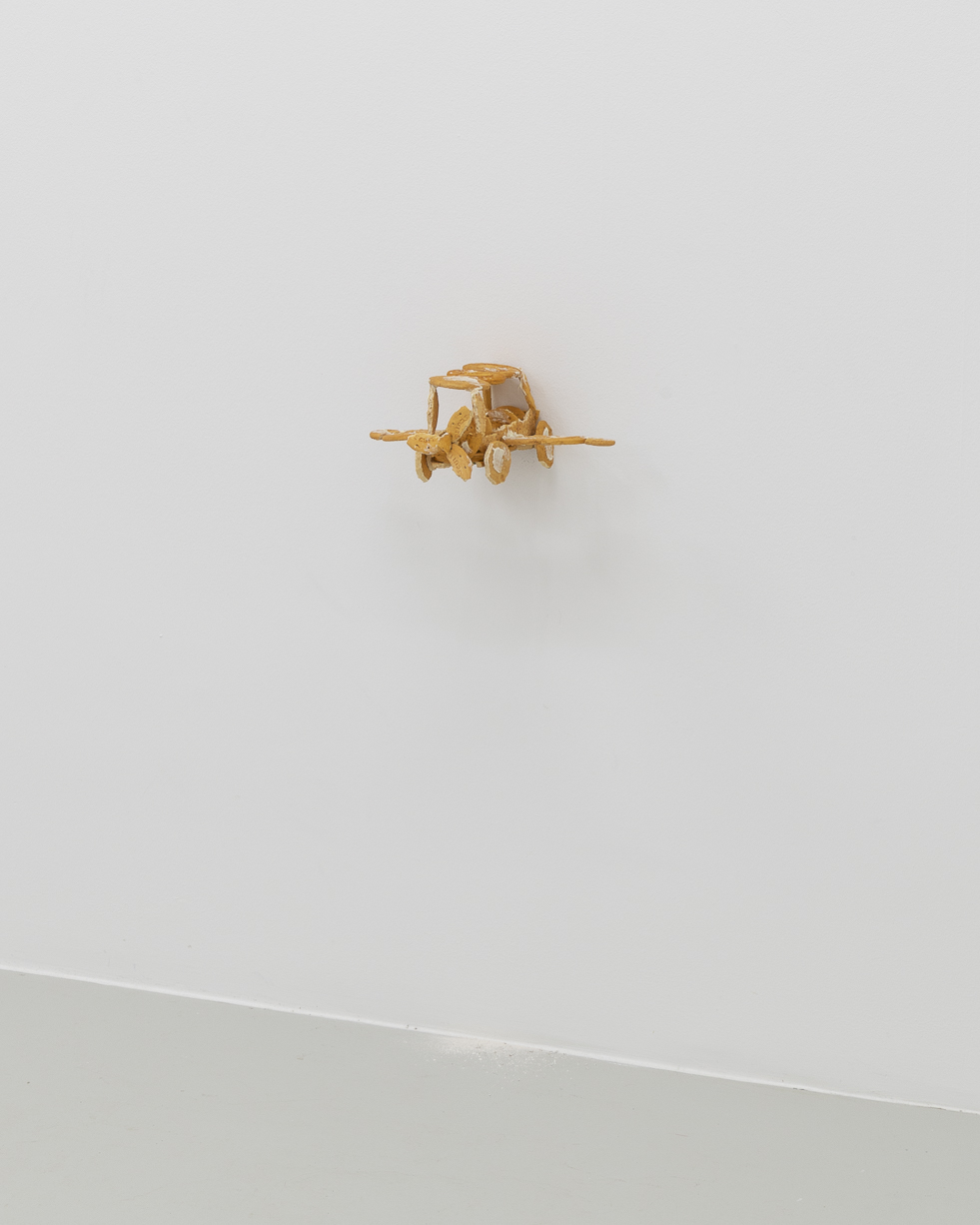 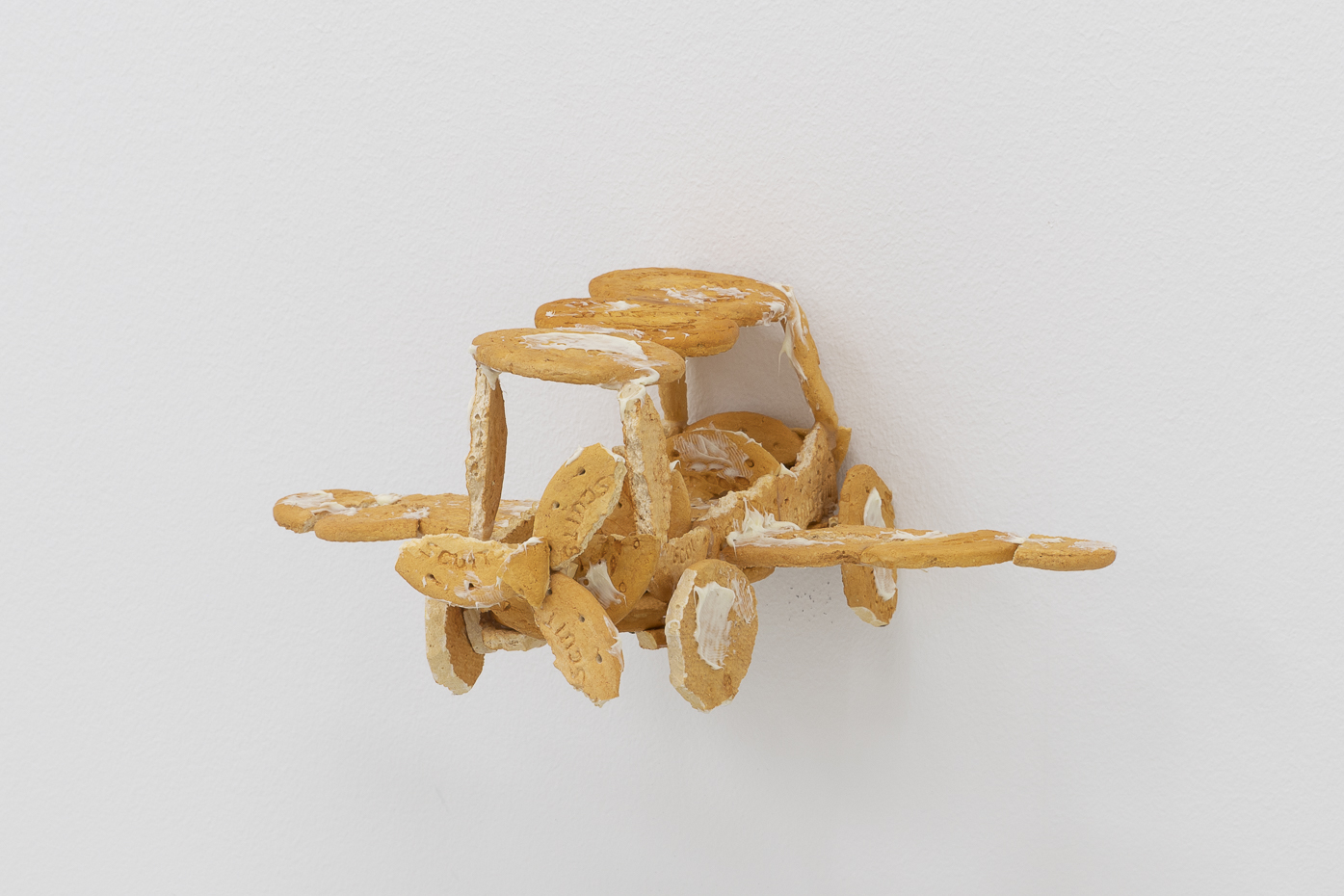 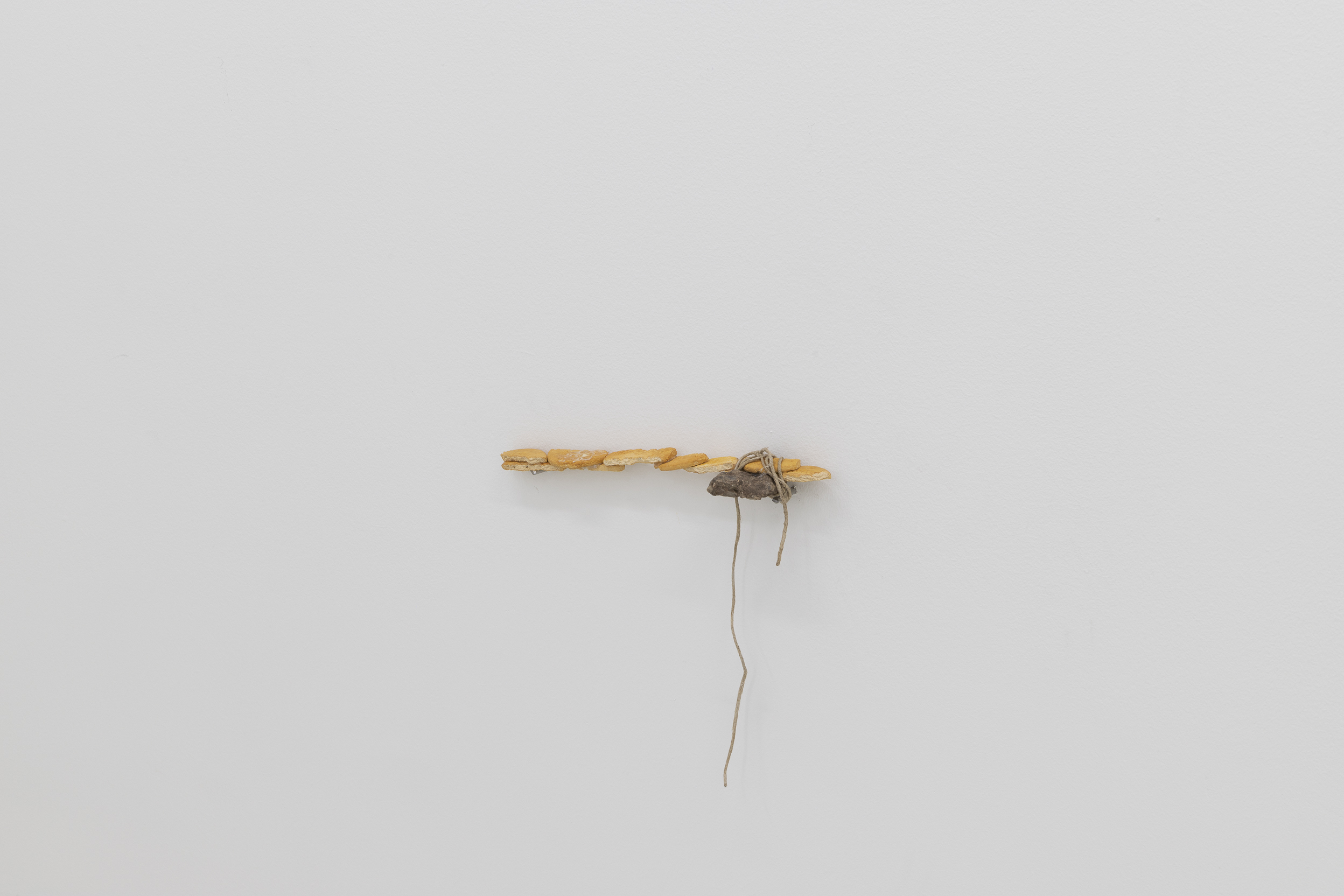 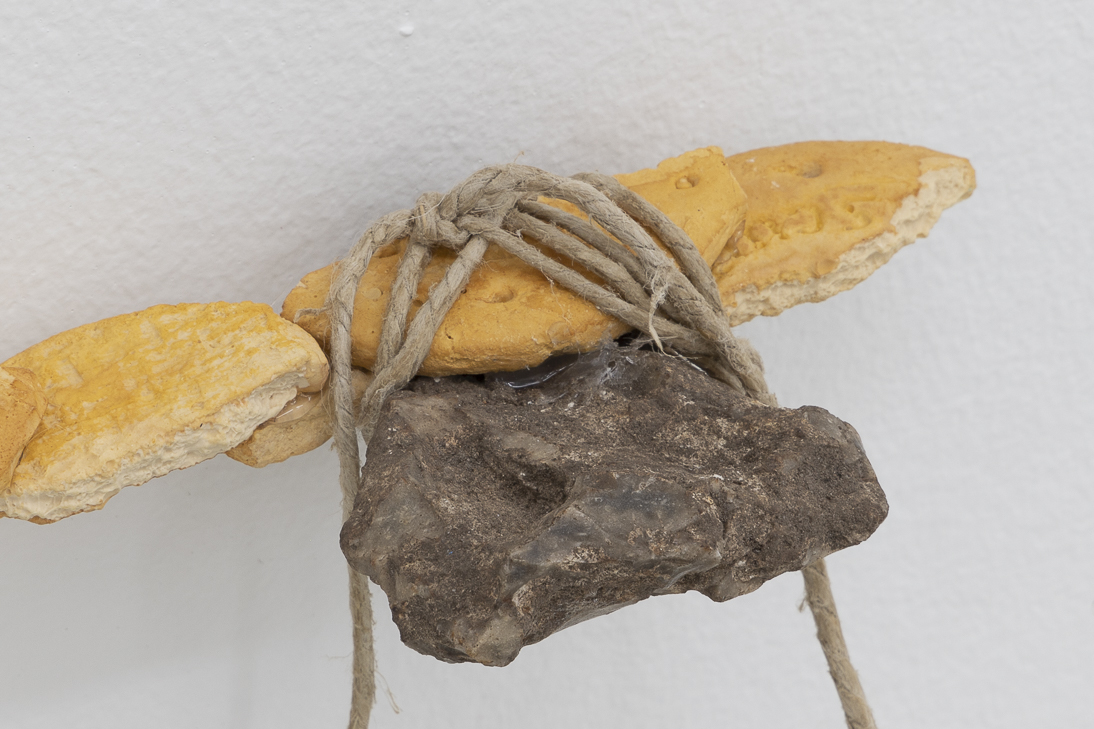 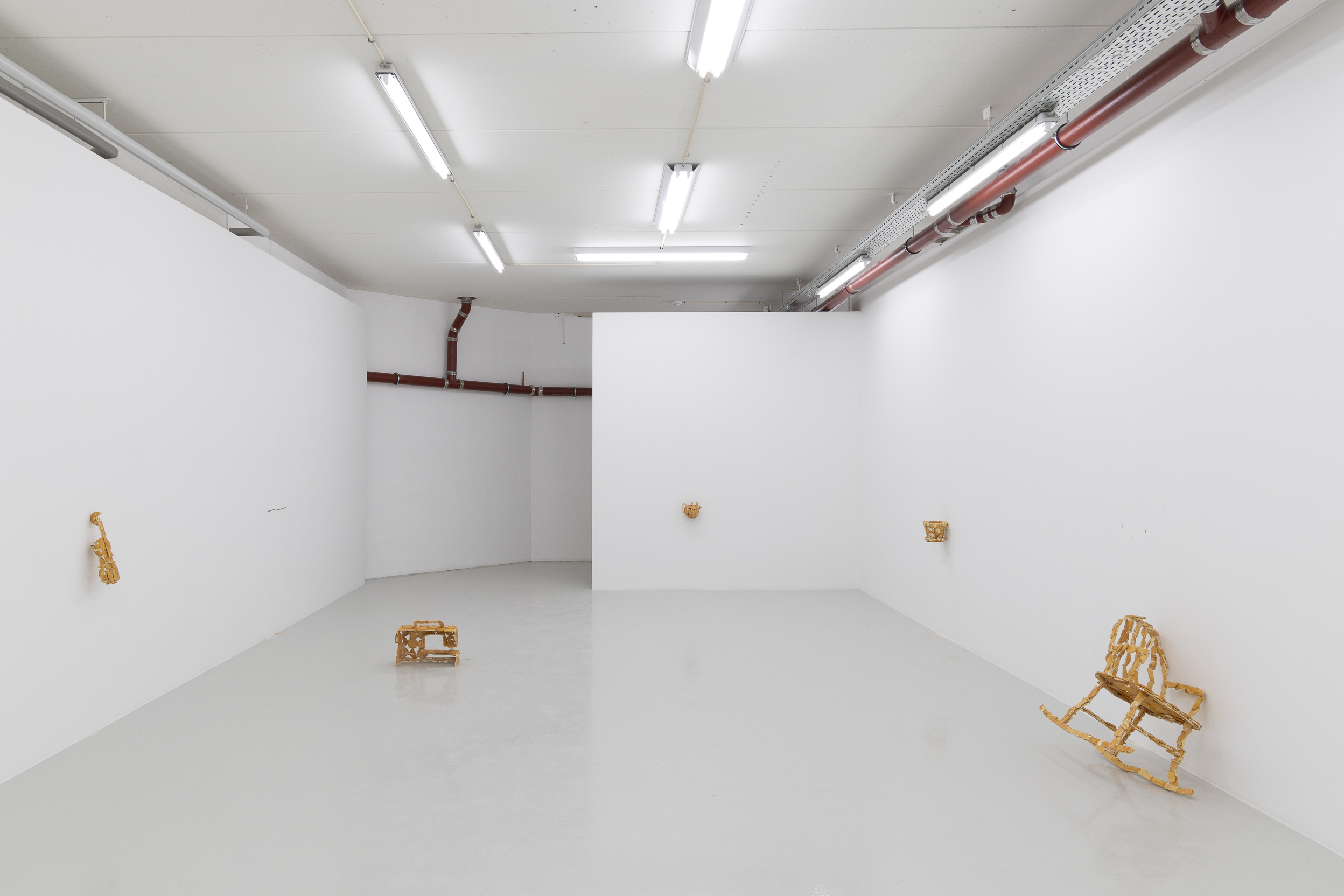 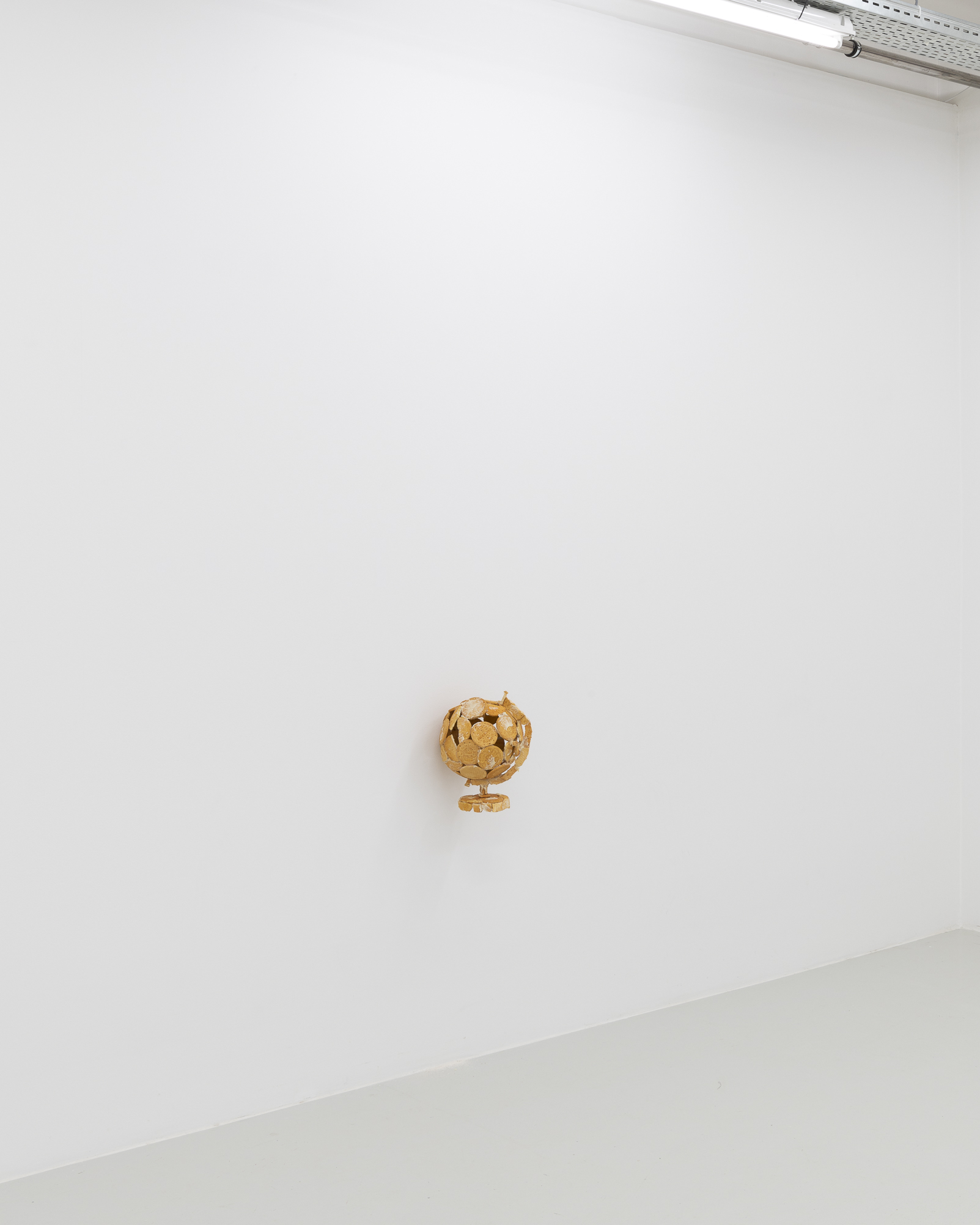 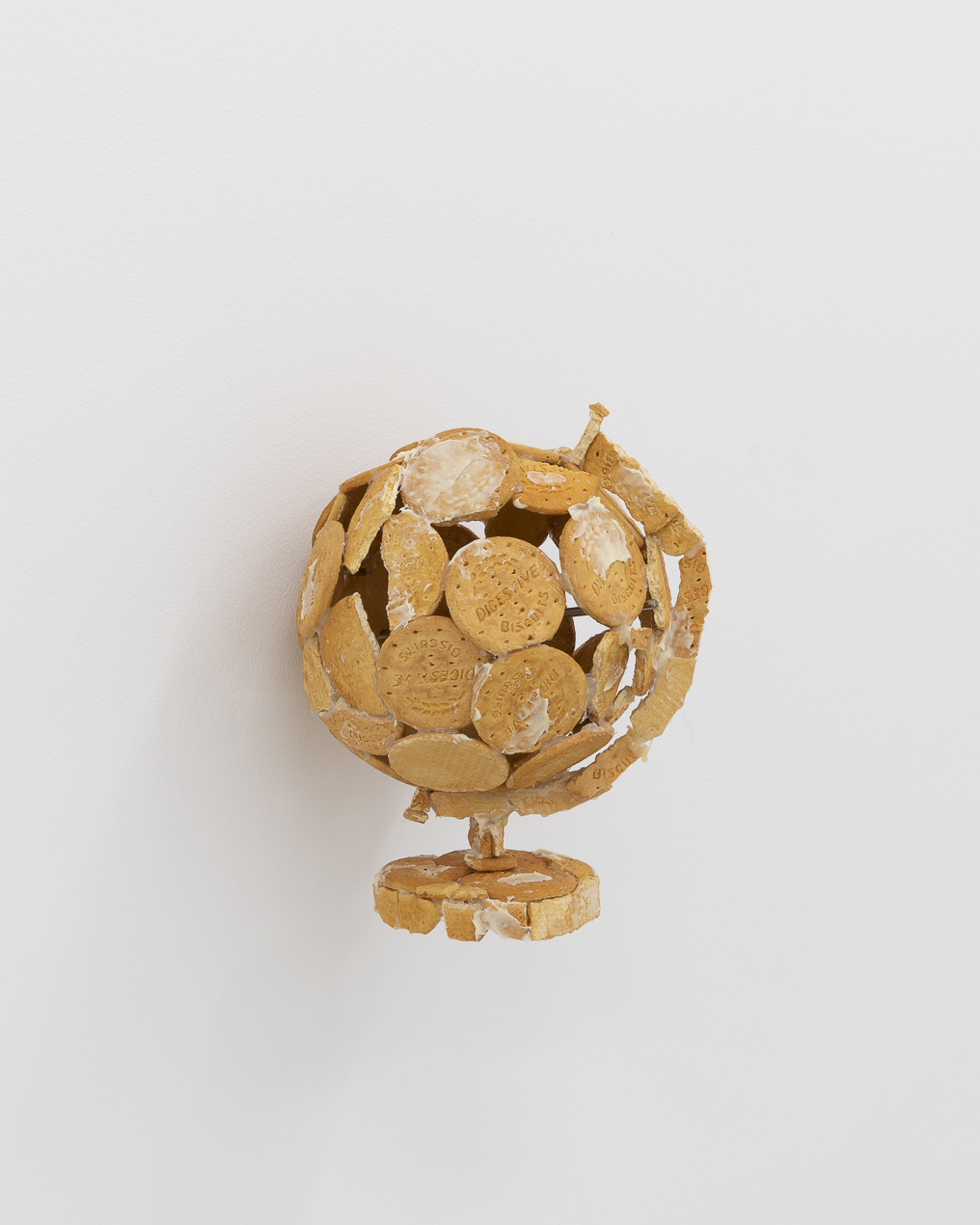 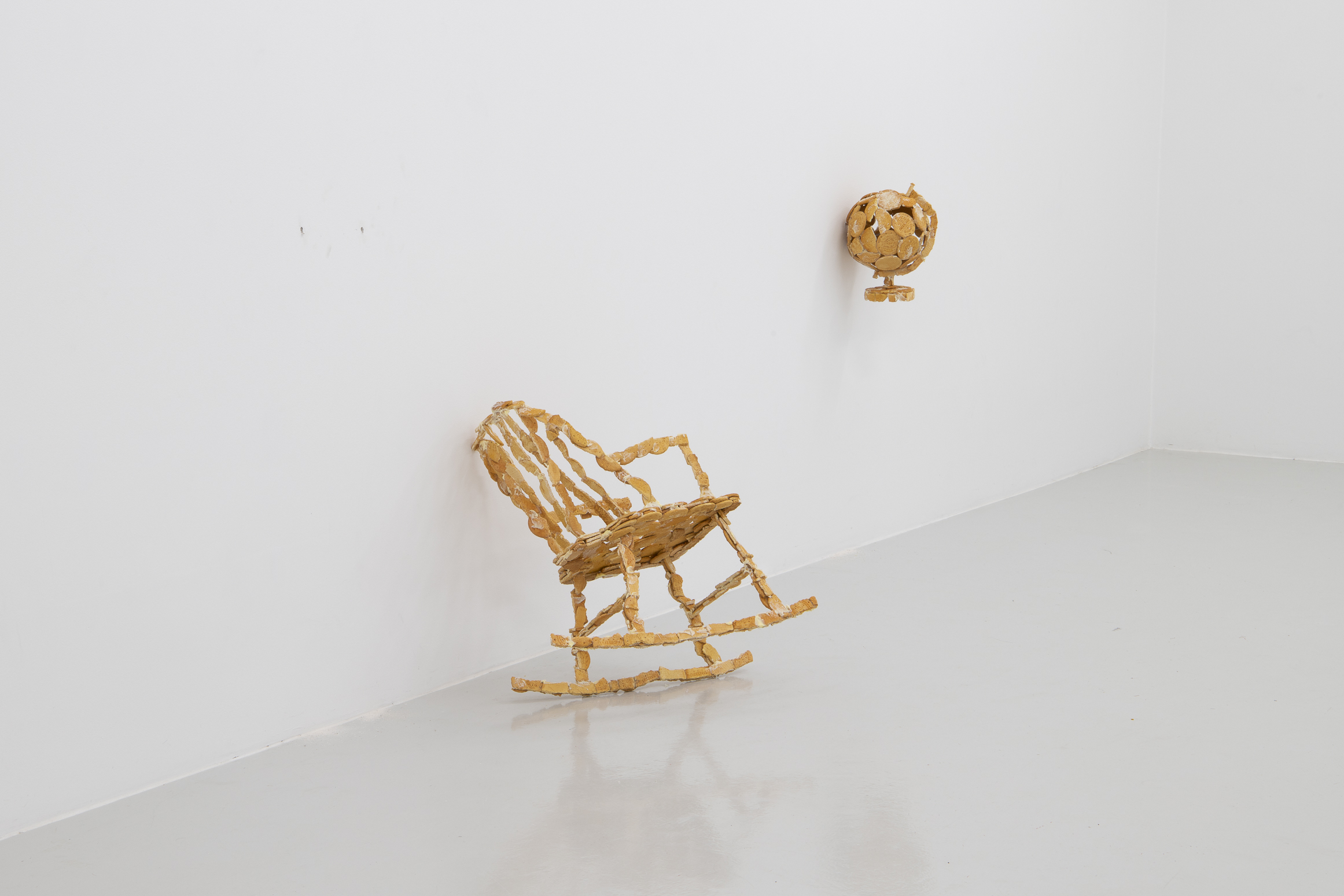 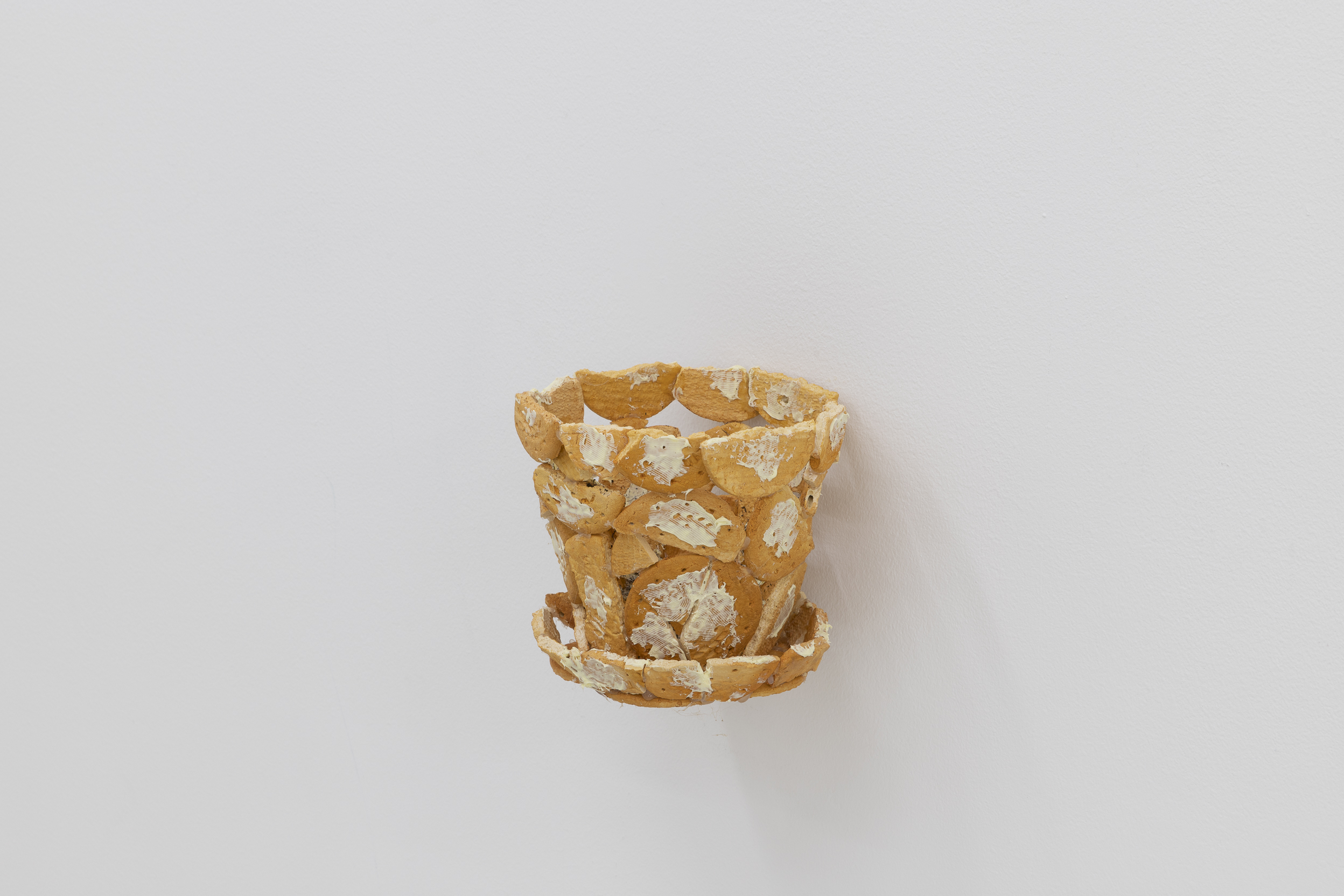 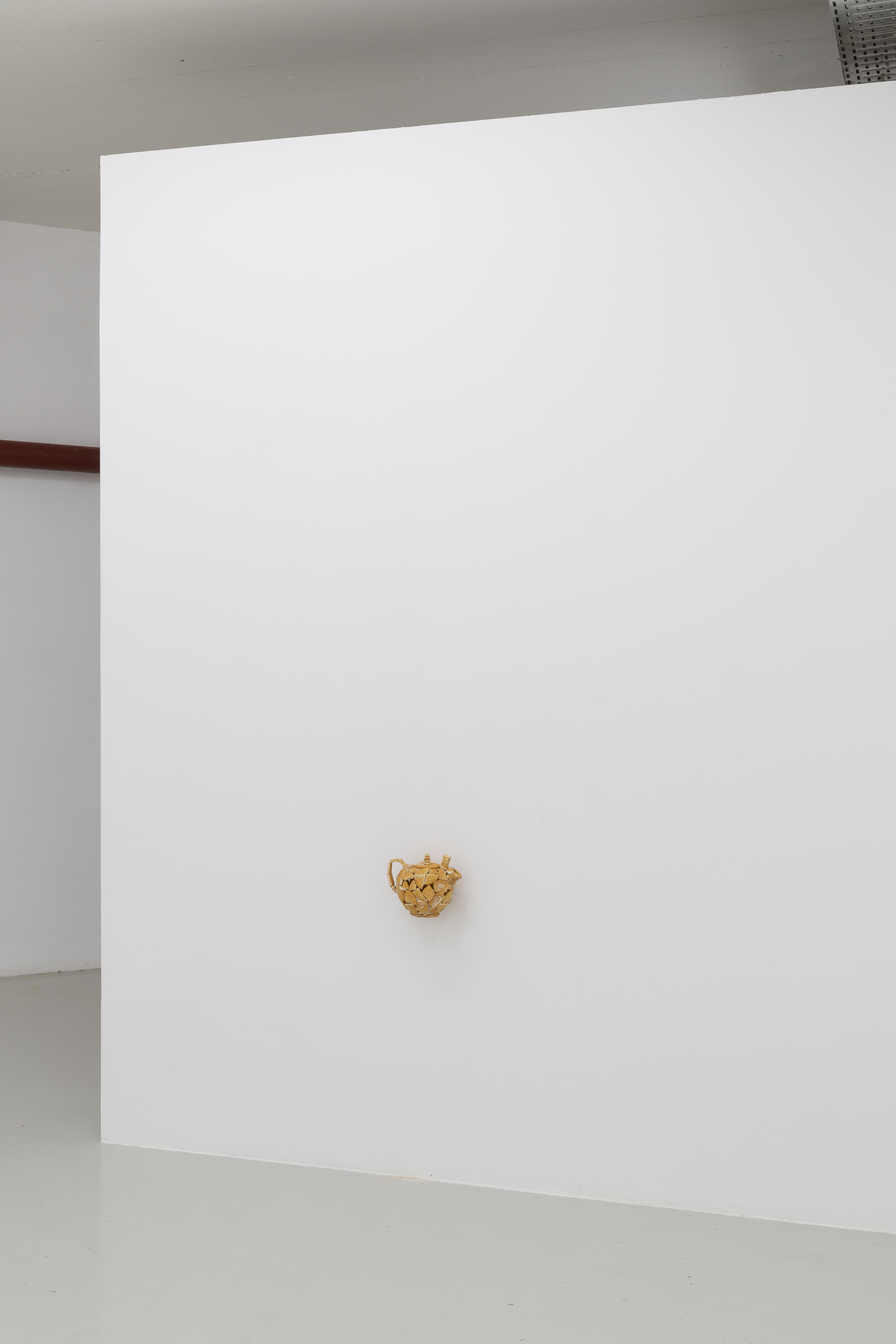 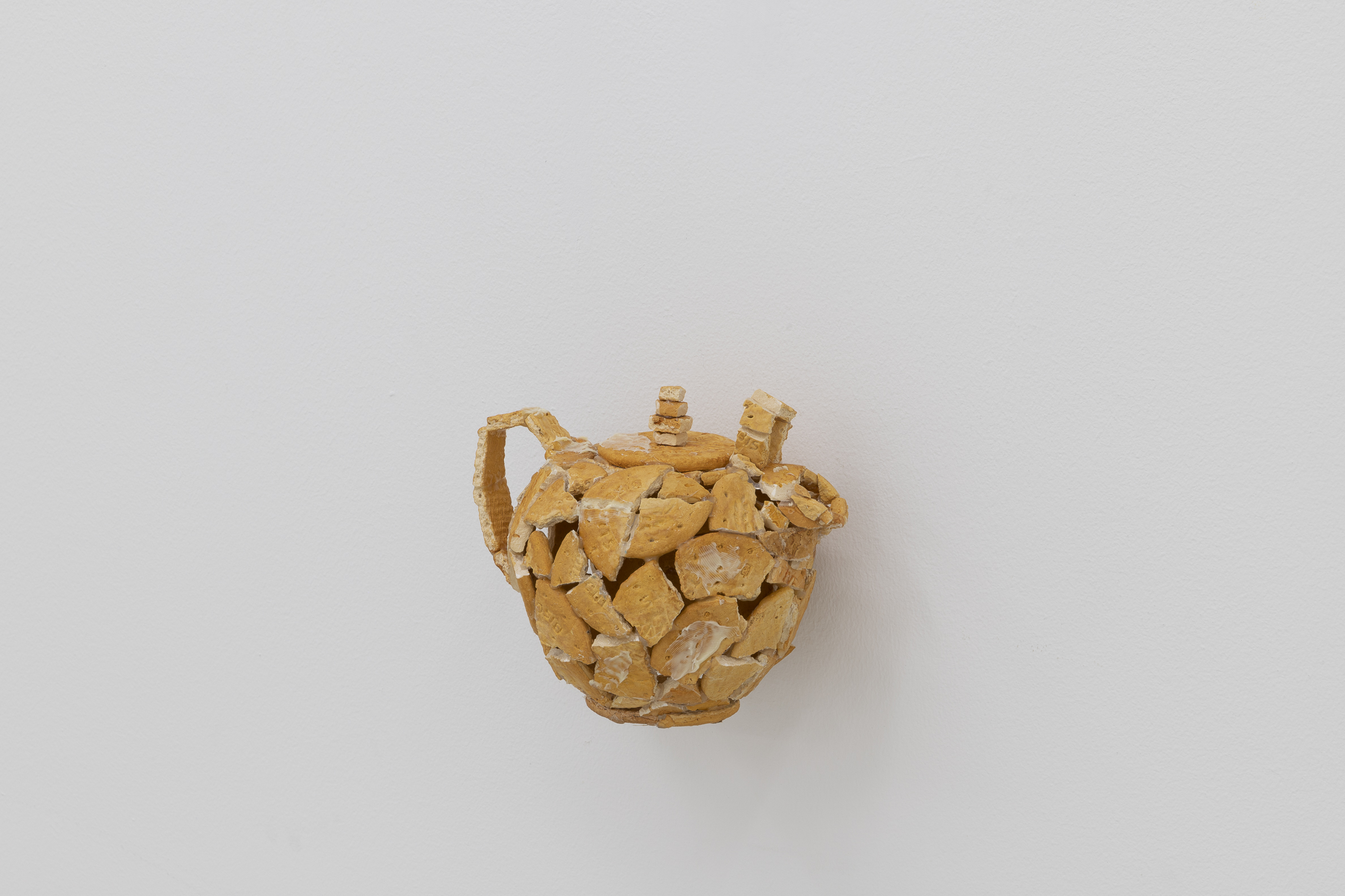 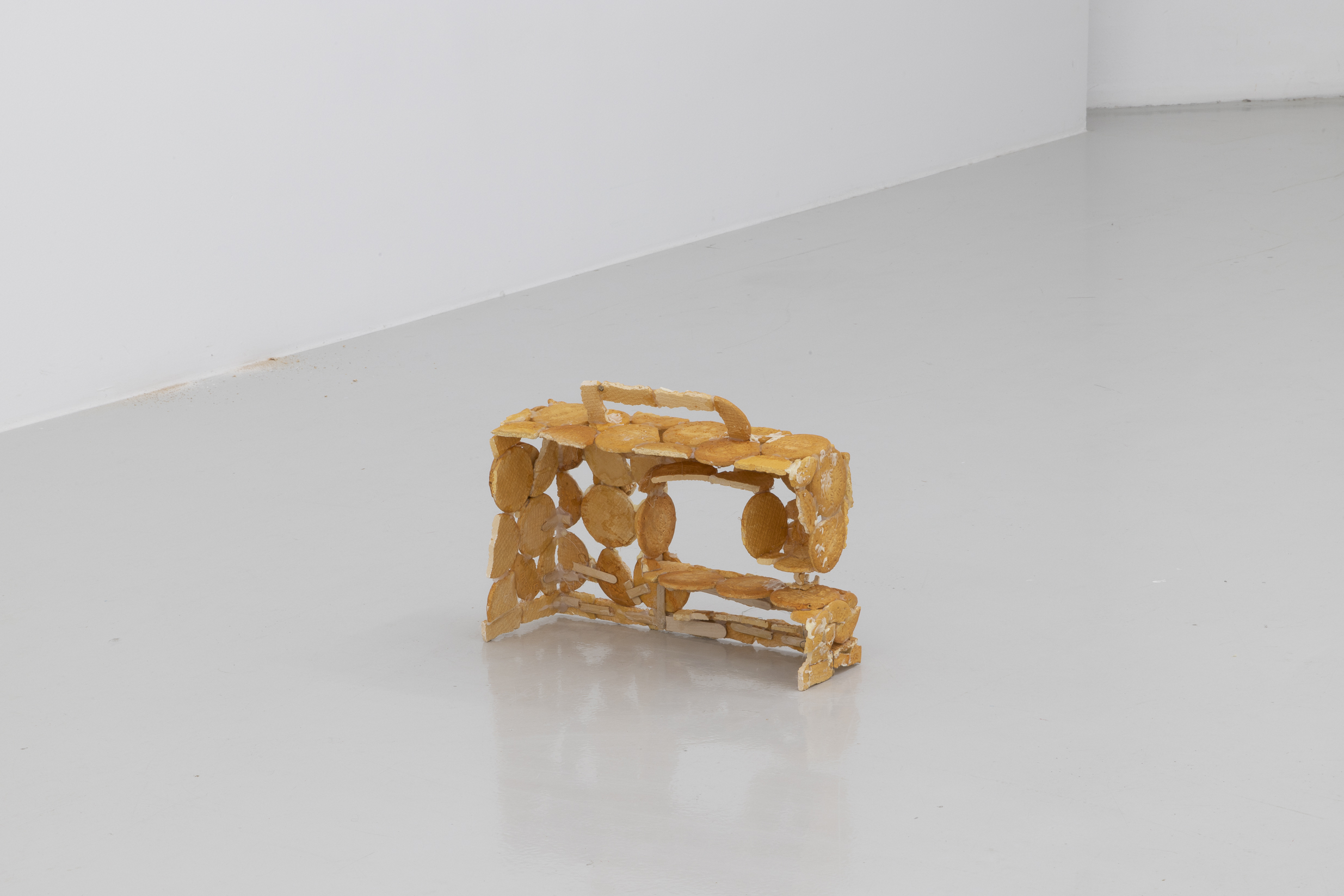 Thank you for showing me the works you are in the process of making for your upcoming exhibition. Ever since you sent me the pictures and shared your thoughts behind this new series of works, I have been thinking about the biscuit sculptures, trying to imagine the situation in which they came into existence. This new body of work has made me think a lot about your overall practice as an artist as well as your role as a father and the masculinity ideal you represent by merging these two roles in a public exhibition in a gallery space.

You explained that the works for this exhibition are informed by your deeply rooted interest in how people relate and attach to things, more specifically the notion of ownership; how this creates a powerful affiliation between object and human and how ownership in itself transforms any given object into something precious, identity-creating and somehow irreplaceable. I understand why this phenomenon resonates in your thinking about your practice within a commercial art context. And it also makes sense in relation to the creative and intimate situation you share with your child in your studio, where the two of you are trying to make sense of the world by creating small sculptures replicating various objects from the surroundings out of sweet biscuits. When you remake an object in another material, you transfer the characteristics of the given object to the new construction, and at the same time enhance the qualities of the original object in the new sculptures. By doing so you somehow prove that co-creation is a stronger force than ownership in terms of adding value to things as well as you draw attention to the power and significance of art as such.

Despite the beautiful result of your final sculptures in cast Jesmonite “biscuits” with random bits of silicone ”butter”, I cannot help but thinking about the studio process. I imagine you and your child with stacks of Digestive biscuits and butter and think about the conversations you probably have had about what to build. I imagine a lot of failed attempts and cracked biscuits all over the place and recall an impactful scene from the 1990’sfeature film Pain of Love by Danish director Nils Malmros. In this scene the main character played by Anne Louise Hassing is preparing for her final exams as an art teacher. She is sitting by herself in a classroom struggling with gluing straws onto a piece of cardboard, attempting to make a collage depicting a scenic landscape. However, the more glue she adds to the collage the more the straws and glue stick to her fingers and the more she cries, letting the tears run down her cheeks further ruining the failed collage. The scene predicts her imminent mental collapse and everything about the situation is as sad as it gets. However, your fragile yet clumsy and awkwardly constructed sculptures reveal strength - not a sense of failure. The carefully executed sculptures balance between mess and precision revealing an acceptance and appreciation of both chaos and fragility as equally crucial components of the sensibility that reigns within your artistic practice.

If appreciation and value of things are defined by whether we can claim ownership or not, then the delicate and precious artworks that you made as a transformation of things that you own or appreciate, would not be irreplaceable until purchased by new owners. However, as fragile and vulnerable expressions of sensitivity rather than material manifestations, the sculptures become irreplaceable and entirely liberated from their status as mere ‘things’, which oblige ownership. Nevertheless, I cannot stop dreaming about owning one of your biscuit sculptures, only to let myself be inspired on a daily basis to regard the world with the same accepting, loving gaze as your work so insistently prompts.